Kim Fletcher article on Townhall: “#WalkAway March Was A Vision of America the Way It Should Be” 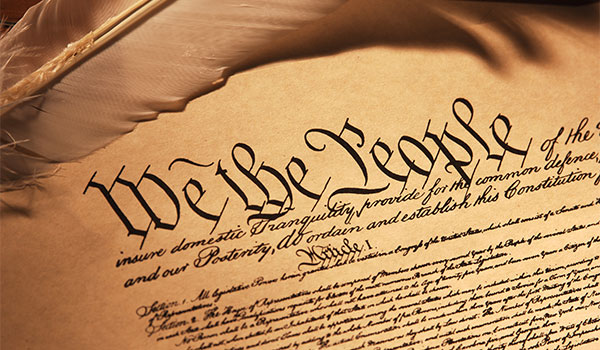 This past Saturday in Washington D.C. dawned in like so many other autumn beltway weekends: cold and cloudy, busy with tourists taking in the sights, and filled with the usual drone of pre-election propaganda from talking heads on talk shows. Yet through noise and confusion, a steady drum beat was heard ringing in the streets. Voices rising above the din, confident and clear in their intent and purpose. Thousands of Americans gathering together with a single message for politicians on the Left who have for too long taken them for granted…

“We aren’t going to take it anymore!”

Being in the middle of the 5000+ crowd during the first-ever #WalkAway march on Saturday was an experience I will never forget. People from across the nation gathered at John Marshall Park and marched to Freedom Plaza to express their frustration with the liberal Left and the dishonest rhetoric and mayhem they have perpetuated year after year.

Not that you would have heard any of this from the mainstream media, of course. Search “WalkAway March” on the internet and you’ll get my point. Nothing. It’s beyond dishonest, and it is a perfect illustration of the discontent of these former Democrats who marched right beside me.

What struck me most about the #WalkAway crowd is that they were as diverse as America itself: on all sides of me, black and white, old and young, gay and straight, wealthy and famous, regular middle class, urban, suburban, rural, and yes millennials. Every group representing every category by which the Left has tried in recent years to divide us with their identity politics. But no longer. There was diversity at the #WalkAway March but no divisions. It was America is supposed to look like—Americans united in purpose. And what united us wasn’t Republican or Democrat, it was our love of liberty and the constitution that protects the rights of every American.

I sat in the Benjamin Lounge of the Trump International Hotel and had a conversation with a lesbian woman who is about as opposite of me as you can get and yet. We connected and realized we agreed with each other a lot more than we didn’t. “I’m tired of being labeled a victim,” she said. “I’m not a victim. I just want to live my life without the government getting in my way.”

We all want jobs. We all want to be able to provide for our families, and we all want the opportunity to live the American Dream. That doesn’t mean more government it means less of it. We don’t have to agree on everything to agree on the fundamental principles that unite us.

Though I walked away from liberal politics and policies a long time ago, I was proud to stand alongside my fellow Americans in their moment of realization and awakening. No one should be told by others how to vote, what to think, or whom to support. NO ONE.

Conservatives trust people to think for themselves, because their policies aren’t driven by fear and loathing, propped up by mistruths and a vice grip on its followers. When people think for themselves, they will understand that adherence to Constitutional principles have kept this country free and prosperous. When we move away from those principles, we see bigger government with more control of the people, a weakened economy and a rise in poverty and crime.

This march was not about politics, it was about principles. Those who were walking away weren’t encouraged to vote “RED” in some sort of effort just to boost the GOP. They were encouraged to vote to stop the blue wave that seemed inevitable only a few short weeks ago. This is triage, folks. We have to stop all the economic progress we’ve made in the last two years from bleeding out. And make no mistake, that’s what those on the Left stand prepared to do.

People across America are waking up from the daze the national Democrats have worked so hard to keep them in–from the mainstream media to Hollywood to our liberal leaders in the halls of Congress. At the very heart of the #WalkAway movement is the cry, “Enough is enough!” The status quo and liberal deception won’t work any longer. The American people are coming together to save this Republic from those who seek to control it for their own political gain. Now is the time, the hour is getting late.

Click here to read the entire article at PJ Media