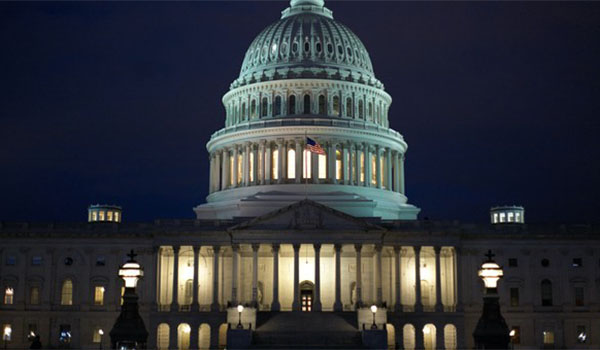 There may be a flicker of hope on the horizon to break out of this dystopian daydream we’ve been living for the last two years.

Some say that a red wave is on the horizon; others are unsure. Without a doubt, we know that if we turn out in force, the relentless march of a radical agenda could be blocked indefinitely.

Though it won’t end the dangerous ideologies that have struck blow after blow against our republic, it can at least force compromise and stop potentially destructive legislation in its tracks.

President Biden and those wielding power have buried struggling American citizens with record-breaking inflation, debilitating gas prices, housing shortages, exploding rental rates, and escalating supply chain issues in only two short years. If that weren’t enough, international diplomacy disasters have weakened America’s standing on the world stage. At the same time, a forced cultural agenda embraces a new racism and rampant gender confusion. The result has been economic and social instability for American families and an uncertain future for our children.

A new congress could be a stopgap to avalanching societal decline, so who you pull the lever for in the voting booth in a few short weeks is crucial. At Moms for America, we’ve created a Congressional Report Card grading candidates’ voting records on issues of concern to patriotic families.

Don’t get lost in the doublespeak. Prepare for attack ads on both sides seeking to muddy the issues. Both will claim they are the pro-family candidate and say they are for the middle class. Both will support women and promise a bright future for America.

What they say in an ad or debate is one thing- but how they voted on critical issues is the TRUTH. Who has time to research the records of the vast number of candidates? That’s why we’ve done the legwork at Moms for America to help you dig through the murk.

Our Congressional Report Card grades all the candidates from A (Excellent) to F (Abysmal Failure) based on their actual voting records relating to Pro-Life, America First, Parental Rights, and Stopping Critical Race Theory’s invasion in American classrooms.

Simply put – if you see an A+, that candidate has been a rockstar in all these key areas.

Here are a few of the votes that informed our grades:

HR 3755 – The mislabeled “Women’s Health Protection Act” Deceptively named, it sought to enshrine 1973’s Roe v. Wade as permanent federal law,  removing state regulation of abortion. Senator Schumer pushed the destined-to-fail bill. Maybe he wanted politicians “on record,” hoping angry constituents for extreme, unfettered access to abortion would rally this fall. It did the opposite, too, revealing the most radical in Congress to the pro-life community.

HR 350 Domestic Terrorism Prevention Act – Did you know that laws already exist to address homegrown and foreign terrorism? This bill sought to establish local terrorism offices throughout the country. The Heritage Foundation rightly referred to it as a “phantom menace,”citing the smallness of the threat, breaking down national most-wanted list. When simply participating in school board meetings brings accusations, it raises reasonable questions about the scope of this massive bureaucracy.

S 2938 Bipartisan Safer Communities Act – Not as bipartisan as they’d have you believe; this bill took on safety concerns with split opinion. Its red flag laws may help identify dangers. Still, there are concerns about the potential to be used against the law-abiding to confiscate guns.

HR 1319 American Rescue Plan – “Rescue” is the name, but it ushered in positively crushing inflation. Checks landed in American mailboxes, followed by out-of-control prices and shortages. Hidden inside was also federal funding for abortions.

HR 3684 Infrastructure and Jobs Act – Billions for “infrastructure,” including a promised remedy to “racism” built into our cities by tearing out offending bridges and roads.

S Amendment Combatting Critical Race Theory in Public Schools –  Proposed by Senator Tom Cotton, this defunded CRT education. We applaud this move. But parents must remain vigilant as it can’t be entirely legislated away. It’s up to us to hold schools accountable.

HR 5746 Freedom to Vote – Utterly unconstitutional – this sought a complete federal takeover of elections. It would have stripped the states of the right to run their elections, bringing the potential of no-ID voting, unsolicited ballots sent out by the millions, and more. Citizens on both sides of the aisle want secure elections, and this bill was an attempted arrogant power grab.

It’s up to us now. Our founding fathers put the power to elect America’s leaders in our hands. Learn all you can and know the score with these men and women vying for your vote. See you at the polls!