Kim Fletcher article on Townhall: “Mothers and Children Are Hurt the Most by Not Securing Our Borders” 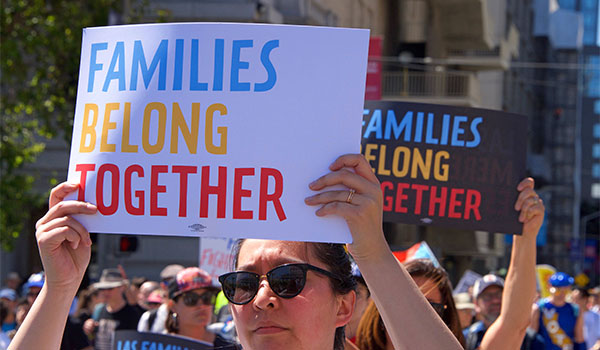 In 2007, I went to the border in Nogales, Arizona to see for myself what was really going on at the border. What I found literally shocked me. I saw first-hand the “rape trees” where human traffickers display the undergarments of the women they’ve raped along the trail. I saw acres of desert literally laden with trash and debris. I witnessed a van of drug runners, pursued by border patrol, speeding right past the house of the family I was staying with. The most heart-wrenching part of my trip was the conversation I had with the mother from across the border who met me late at night in the cover of darkness with one message, “We want our men back.”

This mother braved the journey to the border to tell me the story of her town. She said the men leave for America to get jobs. For a time they send back money to support their families. But then, in too many cases, the money stops, the men start new families in the United States and completely abandon the families they left behind. Every town on the other side of the Mexican border is run by ruthless drug cartels. When the men leave, the women are forced to work to provide for their children, leaving the children powerless against the cartels who relentlessly intimidate them into running drugs and being brutalized if they don’t. The words of this anguished mother continue to ring through my ears, “We want our men back.”

As I see the caravan of men heading for our borders I can’t help but think of the women and children being left behind, vulnerable to the violence and economic depression, of their countries and left to fend for themselves. No one is talking about that. No one is talking about the mother in McAllen, Texas looking out her kitchen window wondering if and when a mob of men will descend upon her front yard or her children’s school.

As the week has progressed and we’ve seen the caravans of Honduran immigrants inch closer and closer to our border, concern from American mothers grows stronger and stronger. Though most on the Left would have us believe these thousands of immigrants are only poor families seeking refuge from the violence and desperate conditions of their homeland, the leaders of the countries who these caravans have already passed through have a very different story to tell.

The U.S. Department of Homeland Security has reported that leadership in both Mexico and Guatemala has alerted our government that there are criminal elements among the throng, and many are actively participating in violence. As the caravan reached Mexico young men threw rocks and stormed Mexican police who were trying to protect their border. After seeing those images, it’s hard for a mother to accept the idea of the caravan only containing oppressed migrants who have been driven from their home country. If they are seeking asylum from violence, why do they bring it along with them?

The fact is, it is mothers and children who are hurt most by not securing our borders. A report from the Department of Homeland Security revealed, “Guatemalan Intel Minister said that the caravan is employing tactics to push women and children to the front to act as human shields as the caravan pushes against its military forces.”

This blatant abuse against women and children–putting them intentionally in harm’s way–is nothing short of reprehensible. It is a tactic we’ve seen deployed by terrorists and the governments of our worst enemies.

Department of Homeland Security reports that foreign partners on the ground estimate roughly 50% of the caravan is comprised of adults traveling alone. If these are men fleeing violence and oppression, how cowardly is it to leave their women and children behind?  They are the ones who could be there to protect their wives, mothers, sisters, children,–to make their country and lives better for themselves and their families.

I have no doubt there are some in these caravans who are actually impoverished, oppressed families simply seeking a better life. Breaking the laws of our country and attempting to force their way across the border en masse is not the way to find it. Freedom can prosper anywhere under the right conditions. If good people seeking freedom and prosperity flee their countries instead of fighting for freedom where they are, their countries will never be free. And if people from socialist countries continue to come here en masse with their socialist ideas the very reason they desired to come here will cease to exist.

I echo the words of then Barack Obama in 2005 while serving as senator.

“We are a generous and welcoming people, here in the United States, but those who enter the country illegally, and those who employ them, disrespect the rule of law and they are showing disregard for those who are following the law. We simply cannot allow people to pour into the United States, undetected, undocumented, unchecked and circumventing the line of people who are waiting patiently, diligently and lawfully to become immigrants in this country.”

With such a huge contingent of foreign nationals—many inciting violence—heading to our border, it is vital that our government take action to protect the women and children of the United States, and stop the inhumane treatment of women and children from other countries, by securing our borders. The president of the United States is sending military forces to the border to do just that. And as a mom, I say it’s about time!

The idea that the President would have no authority to send the military to protect our border from invasion is ludicrous. We are a sovereign nation, and protecting our border is not only a necessity, it is our right and our duty.

Click here to read the entire article at  TownHall