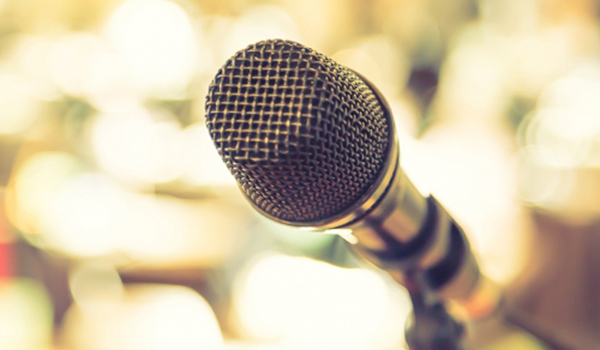 Karen Vaughn is the mother of fallen US Navy SEAL, Aaron Carson Vaughn (SEAL Team VI). On August 6, 2011 Aaron was killed in action in the Tangi River Valley of Afghanistan when a chopper (call sign Extortion 17) carrying thirty Americans was shot from the sky while rushing into battle. Losing Aaron changed everything…and put Karen on a new path.

Over the past seven years, Karen has emerged on the national scene as a powerful spokeswoman for not only our defenders still fighting on foreign soil and securing peace across the globe, but also as an advocate for a better, stronger, more resilient America.

Carrying on Aaron’s legacy has brought this Gold Star mother through the halls of Congress, into private meetings with Presidents Bush, Obama, and Trump, into two National Press Conferences, onto dozens of national television sets, including CNN, NBC, The Blaze, Fox News Channel, Fox Business Channel and more. She’s had well over one hundred appearances on national radio programs and has been featured on large stages across this country as a keynote speaker, including a guest speaker position during opening night of the 2016 Republican National Convention.

In 2017 Karen became the bestselling author of World Changer: A Mother’s Story.

Karen has served as a keynote speaker for Fairway Independent Mortgage’s American Warrior Initiative since January 2017 and launched AWI’s Freedom Tour in January 2018. She also serves as the Vice President of Moms For America and Moms March USA, a national movement of mothers determined to reclaim our culture for truth, family and freedom.

She has been married to Billy Vaughn for thirty-eight years and still believes her greatest accomplishment on earth was raising her three children, Aaron, Tara, and Ana.

Marla Wolff was the wife of Supervisory Special Agent Carlos Wolff. Carlos was born in Venezuela and came to the United States when he was 8 years old. He joined the FBI as a special agent when he was 25, and dedicated his 11 years at the FBI to protecting America. Carlos’ life ended at 36 when he was hit by an illegal alien—on December 8, 2017, Carlos had been in a single vehicle accident. Deputy Chief Fire Marshall Sander Cohen had stopped behind Carlos to help him. As the two men were waiting on the shoulder for help to arrive, Roberto Garza Palacios hit and killed them. Palacios had overstayed his visa since 2009, and was wanted by ICE in 2015 due to his numerous offense record, which included two DUIs, two counts of endangerment of life, property and person, and possession of cocaine. However, Montgomery County MD refused to hand Palacios over to ICE due to immigration laws that had changed in Maryland. Palacios was then fined $280 for hitting Carlos and Sander, and is currently out free on a $15,000 bail.

Carlos left behind his wife of twelve years, Marla, and their two young children.

“Considering Palacios’ record, he should have been deported in 2015 when ICE requested him from Montgomery County, MD.” Their request was denied. “Our families are going through so much pain and heartache. Carlos and Sander were individuals who loved by many. “Maryland’s sanctuary laws protect illegals over citizens. We need to see our laws changed so that others do not have to experience this unimaginable heartache.”

Marla works part-time and devotes the rest of her time to raising her two young children.

Gold Star Wife, Teresa Taylor is source of inspiration to the military community. On February 28, 2012, her husband and three crewmembers of the H6535 lost their lives in a tragic training accident in Mobile Bay. Married for fourteen years to United States Coast Guard pilot, LCDR Dale Taylor, Teresa now carries on his legacy of service to our great nation through writing, speaking and volunteering. In 2014 she authored, Night Flight, a memoir detailing her husband’s military journey. Her own experience with love, loss, hope and healing renders her a passionate advocate for mental and emotional wellness. She holds a bachelor’s degree in education from Appalachian State University in Boone, North Carolina and a master’s degree in theological studies from Liberty University in Lynchburg, Virginia. She currently resides in the Mobile, Alabama area where she raises her children and is active as a volunteer and speaker to the gulf coast veteran community. Although she is a busy mother to two teen boys, she takes every opportunity to pass on to them the core values of honor, respect and devotion to duty by which their father lived and died. Teresa can be heard each Thursday evening on Mobile’s 106.5FM Talk as she co-hosts Common Sense Town Hall radio.

Mrs. Parlato concentrates her practice in the areas of Matrimonial and Family Law. She is a trial attorney with over 20 years experience in New York State Supreme Court, Family, County, City and Town Courts. A former Judge of 12 years, Mrs. Parlato’s Judicial experience provides an insight into the Justice System, and as a Wife and Mother, she understands the sensitive nature surrounding Family Law issues and handles cases with caring and compassion.

For the last three years, Mrs. Parlato has also been a Fox News contributor on a number of issues. She also serves as an Advisory Board member for Moms for America.

Labeled by the media as “an unabashed America-loving homemaker”, Kimberly Fletcher is the president and founder of Moms for America, executive director of the Moms March Movement, author of “WOMEN: America’s Last Best Hope” radio host on Omaha’s The Answer, and contributing writer with Townhall.com.

Kimberly is the wife of a retired Air Force Officer and mother of 8 children, who has made it her personal mission to educate and inspire the women of America to realize their immeasurable worth and powerful influence on society simply by being who they are. Though she travels all over the country speaking and sharing her love of liberty, her most favorite place is cuddled up on the couch with her children and a good book. Kimberly has appeared on Fox News and several national and local media outlets.