We Must Expose the Mainstream Media's Folly

​I am constantly surprised by the number of people I interact with who are unaware that the American media is mostly a biased, narrative-controlling group intent on diverting Americans’ attention away from the truth.

That there is a hypocrisy in mainstream media is not a new revelation. But, it is time that truth-loving Americans make their voices heard, and do our part to use our freedoms granted by God and recognized in the First Amendment to expose their lies.

Consider the mainstream media’s coverage of left-wing protests that have turned violent, spanning the past few years, versus their coverage of the Jan. 6 Capitol Riot.

On January 7, 2021, a day after a small portion of radicals attacked the Capitol out of thousands of peaceful protesters, the now-deceased Rush Limbaugh spoke about that hypocrisy.

He pointed out that the mainstream media was presenting the story as if the entire Republican party – including President Trump – were a poisonously organized, riotous group that attempted “a bloody coup” on our Capitol the day before.

I listened to Rush on January 7, hopeful that all Americans were hearing him:

“Imagine how things might be different today if Congress was as mad, was as outraged when private businesses were being burned to the ground and innocent citizens were attacked this past summer during riots across the country in Seattle; Minneapolis; New York City; Portland, Oregon?

“Imagine if there was anything near the degree of outrage over all of that. When it was not the political class property being torched and destroyed, it was not the political class’s lifestyle that was being summarily attacked, nothing was done about it. In fact, it was ignored in the mainstream media. The mainstream media said, ‘What riot? Where? What — what violence? There isn’t any violence. There’s peaceful protests out there. What are you talking about? There’s no riots.'”

“And they didn’t show any videotape of any of the burning and the looting and all that. You had to search for it yourself [because] there isn’t any news anymore, and if you had no idea that it has happened you wouldn’t even know to go look for it [because] you didn’t know it had happened.”

I know what Rush was saying in his broadcast was true, because I was there in Washington, D.C. on January 6.

Those who committed violence at the Capitol received all the media attention, despite being condemned totally by peaceful attendees like myself, the Republican Party, and the Trump Administration.

The hundreds of thousands of people in D.C. who remained peaceful and exercised free speech and their right to assemble were ignored by the American media.

Nonetheless, Joe Biden implied that the entire group in D.C. that day attacked the Capitol building. He introduced the “under siege” phrase. This became the standard talking point for media.

That same media described leftist rioters from 2020 as “peaceful protestors.” This occurred despite the hours of video evidence showing that ANTIFA and BLM agitators were burning cities, attacking citizens, and harming police officers.

As Rush pointed out, the mainstream media showed very little of the chaos and destruction by those groups.

What’s worse is when they did show the left’s violence, the media often justified it in some manner or another.

That same media also ignored previous mobs at the Capitol, such as in 2018 when a massive mob of feminists lay “siege” to the Hart Senate Office building screaming and chanting because they didn’t want Brett Kavanagh on the Supreme Court.

The media remarked it was a great day in history when feminists stormed the Supreme Court building, pulling down the barricades and flooding the steps.

And let’s not forget how the media followed like lap dogs as activists road up and down elevators and combed halls stalking and accosting Republican Senators.

They remarked those actions were a triumph for women’s rights.

In the days following January 6, I spent a lot of time deep in prayer. I read and reread 2 Timothy 3:

“But mark this: There will be terrible times in the last days. People will be lovers of themselves, lovers of money, boastful, proud, abusive, disobedient to their parents, ungrateful, unholy, without love, unforgiving, slanderous, without self-control, brutal, not lovers of the good, treacherous, rash, conceited, lovers of pleasure rather than lovers of God— having a form of godliness but denying its power. Have nothing to do with such people.”

“They are the kind who worm their way into homes and gain control over gullible women, who are loaded down with sins and are swayed by all kinds of evil desires, always learning but never able to come to a knowledge of the truth. Just as Jannes and Jambres opposed Moses, so also these teachers oppose the truth. They are men of depraved minds, who, as far as the faith is concerned, are rejected. But they will not get very far because, as in the case of those men, their folly will be clear to everyone.” (2 Timothy 3: 1-9)

We need to expose their folly.

We must be heard. We must demand appropriate descriptions of riots and protests while demanding the media hold leftist riots to the same standards they do for right-wing radicals.

All this is to say that the mainstream media is rewriting history as it is happening – creating its own narrative based on a hate-spewing agenda – and it must end now. It is time to make our voices heard by demanding the truth.

Kimberly Fletcher is an author, radio host, and president/founder of Moms for America, a national educational corporation rooted in the principles of liberty and virtue upon which our nation was founded. Read Here.

Celebrating the Founding Fathers and Our Flag this Father’s...

Critical Race Theory Teaches Our Children to Hate Their Country,...

Proposed Marshall Plan for Moms: We Can’t Put a Price Tag on the... 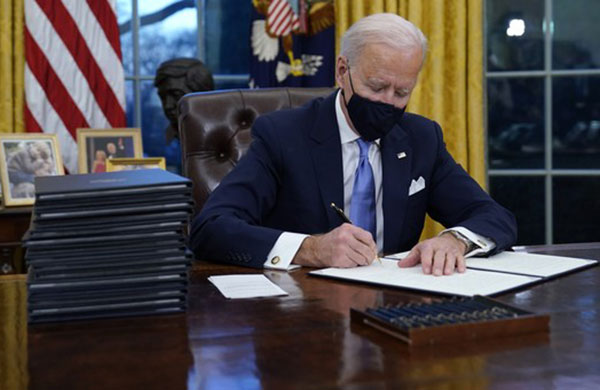 Biden’s First Week Is Like Experiencing a Hell Week Initiation