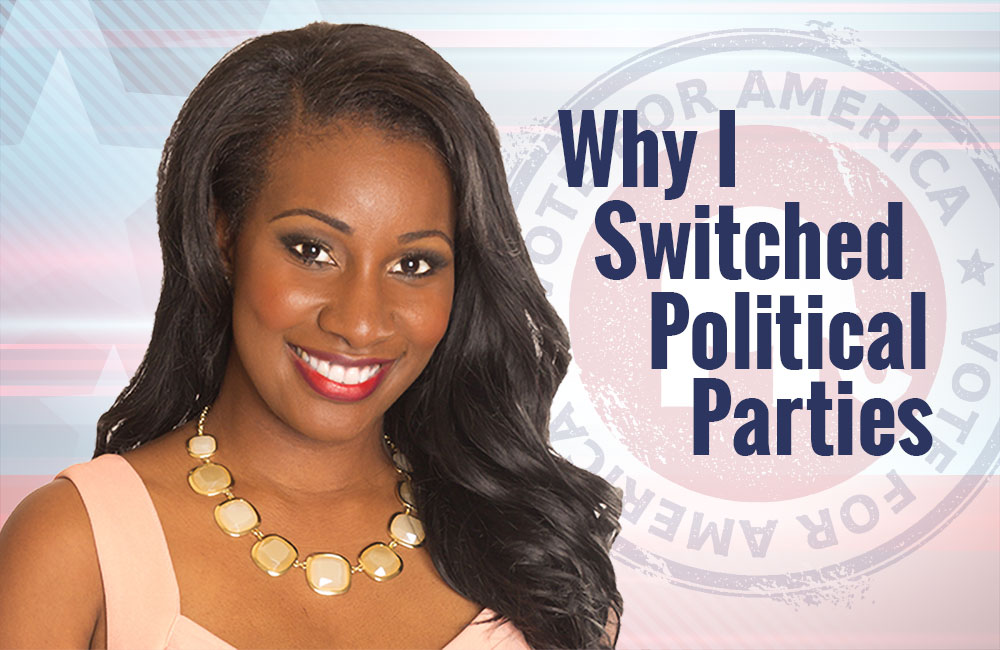 Why I Switched Political Parties

After the 2016 election, I was hit with information that would eventually change my life.  This discovery caused division with my friends and family but would lead me to a newfound freedom and an incredible spiritual revelation. This is the story about why I switched political parties and why I stand so strong for what I believe today.

In early 2017, my younger sister and I were discussing the Black Lives Matter movement which prompted me to investigate the FBI statistics about unarmed black men being shot by police, as well as the rate of murders in black neighborhoods.  This was a hot topic as the time, with riots and protests in Ferguson, MO surrounding the shooting death of Michael Brown by police officer Darren Wilson.

As I researched the statistics for myself, I found that unarmed black men being shot by police was no match for murders committed in black neighborhoods by other blacks.  I was confused.  Based on what I discovered, the numbers that we needed to be paying more attention to was crime in black neighborhoods, which was clearly a much bigger problem.

Learning this info prompted me to do a little more digging.  I began to look up household income, and other “disparities” in the black community that I believed throughout my life.  In my search I found Dr. Thomas Sowell, Walter Williams and Milton Friedman – black Americans who were part of the conservative movement – and it all made so much sense.

I couldn’t believe I had never heard of these brilliant men or the perspectives they presented.  I went through a range of emotions.  I was angry, sad, and confused.  I also knew I was not alone in having never heard these ideas and revelations.

My entire life, I had never bothered to question the prevailing narrative in my community.  I only knew and believed that blacks voted Democrat and Republicans were for the rich and were racist. Period.

Where I’m from you can question the Bible more often than you question the Democrat Party.  But me being me, I began to have a lot of questions.  I wanted to know and believe things for myself – not because it was what I was supposed to believe.

Armed with a new perspective, I called my family to share my revelation with them. As a family of Christians, I was certain they wouldn’t want to continue to vote for people who were not only were responsible for slavery, Jim Crow, and redlining, but were also pushing for more abortion and anti-biblical marriage ethics.

My family thought I was crazy! They could not believe I would agree with President Donald J. Trump and that I was switching my political party to vote Republican.

(You can raise patriots who are strong in their foundation! That’s what our Cottage Meetings are all about. Find out more HERE)

As much as I had learned, my season of revelation was not over!

After discovering what the Democrat party really stood for, how much of their false narrative I had blindly accepted, and the resulting fallout with my family, I remember sitting on my couch one day processing it all. That’s when God so clearly spoke to my heart and told me that my skin color had become an idol in my life.

This shook my entire world. Because it was true!

Without realizing it, I had viewed everything through the lens of being black and not through the lens of Christ, and God was not pleased.  I had to repent and ask God for forgiveness.  This revelation changed my life. I felt a freedom I had never felt before.  When I put God back in His rightful place, my life transformed for the better and has never been the same!

Switching political parties was only part of the process. My freedom has come from living my life in the way I believe is right – with Christ in the center. Everything else, including how I vote, should come from that.

Watch Quisha discuss this in more detail on the Moms for America Podcast HERE.