MFA Advisory Board Continues to Expand with Leaders in Conservative Policy, Media, Activism… 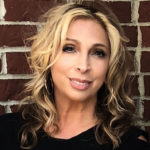 PITTSBURGH–Rose Tennent is well known to political observers and audiences across America. Her successful syndicated radio talk show, Rose Unplugged, has earned her numerous Fox News Channel appearances as well as on CNN. She is also a frequent guest host on the Sean Hannity Show, which is heard on more than 560 radio stations from coast to coast. She has also been published in American Spectator and American Thinker.

Among her achievements, she wrote “Thanking our Soldiers,” a collection of inspirational stories about kindness and generosity Americans show in military service and to those who serve. She is active in numerous charities, and co-founded Meeting in the Middle, a bipartisan effort to provide relief to victims of natural disasters. She was also the co-author of an award-winning children’s book, Wilson Won’t Be Bullied.

Her addition to the Moms for America Advisory Board brings a fresh perspective and savvy, conservative media angle to the table. “For so long the nation has been sold a lie that women are all liberal, all support abortion, and all support big government,” said MFA President Kimberly Fletcher. “I’m proud to stand with women like Rose Tennent who stand for America’s greatness and fight for our liberty.”

Tennent sees the Moms of this great nation as playing a key role in safeguarding America’s freedoms.

“I’m extremely excited to be a part of Moms for America,” said Tennent. “There are so many issues that we as women can agree on and it is essential that we work together towards maintaining those things that our forefathers and mothers worked so hard to establish. They sacrificed so much for not only this great country–but for the generations of people that they would never know. My hope is that we as women continue the work started so many years ago for not just our own children–but for the generations of children that we, too, will never know.”

To learn more about the incredible women of our MFA Advisory Board, visit: https://momsforamerica.us/mfa-advisory-board/