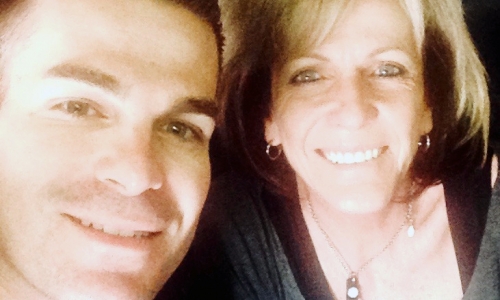 Moms For America is thrilled to announce its newest Advisory Board Member, Mary Ann Mendoza. As an Angel Mom, Mendoza brings her first-hand experience to the subject of border security.

Her son, Brandon Mendoza, was a sergeant with the Mesa, Ariz., police department. On May 12, 2014 – the day after Mother’s Day that year – Brandon was driving home from another day protecting the public. A repeat illegal alien, high on methamphetamine, drove more than 35 miles the wrong way in the HOV lane before slamming head-on into Brandon on a blind curve.

“I kept trying to call his cellphone and he didn’t answer,” Mendoza said. “Fifteen minutes later, the Mesa Police Department showed up and took me to the hospital. My son died about 40 minutes after I arrived at the hospital.”

In addition to the drug use, the illegal alien also had three times the legal blood alcohol limit.

Since that terrible day, Mendoza has dedicated herself to securing the border to prevent others from having to endure the pain of losing a loved one to illegal alien criminals. Mendoza is the co-founder of the Angel Families and Angel Moms. She has been to the White House numerous times and was in the Oval Office on Friday to share her thoughts with President Trump when he signed the veto of the resolution blocking his emergency declaration on border security.

Mendoza has also been included in White House discussions on sanctuary city policies and was present when the administration announced it was forming the Victims of Immigration Crime Enforcement (VOICE) office. She brings a strong presence on border security to the MFA Advisory Board.