Breaking News: Moms for America Called to the Frontlines of the Battle for a Secure Border 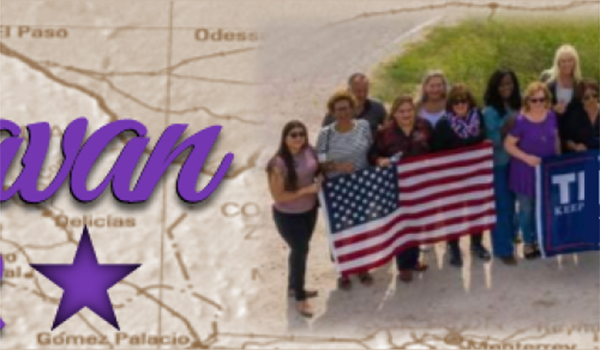 The debate about properly securing our border has Congress deadlocked and the government stalled–now into a fourth week of a partial shutdown. The President has addressed the crisis and again called for funding for a barrier in order to secure our border.

This is a defining moment in our nation’s history, make no mistake. Will our legislators put partisan politics aside and act decisively to end this crisis? Americans deserve answers and we demand action.

Over the course of this debate, Moms for America (MFA) has continued to play an important role in amplifying the voices of border mothers, Angel Mothers, and common-sense moms all across the country who understand that a country without borders is a country that cannot long stand.

And as the crisis has come in recent days to a tipping point, so has our involvement in the national discourse as the voice of reason that is so desperately needed in this discussion. This week, MFA Vice President Karen Vaughn joined in a national press conference in Washington, DC, and carried the message with her that we have heard from so many of you… Secure the Border Now!

Because of this role we are now playing and the vital importance of this debate to the very future of our nation, Moms for America has called for an all-hands-on-deck approach to the next few months. We seek to focus as much of our resources and mama-power as possible to this mission, and that has led to a difficult decision of postponing the planned Moms March rally in San Antonio this March.

Instead of the planned rally, we will be focusing on organizing a second Moms Caravan to the border to continue the work we began in November… speaking on behalf of American mothers whose voices are being ignored on the border security issue.

We are proud to be standing in the gap for families in this critical national debate, and we invite you all to come alongside us. Follow us on social media for updates, interviews and information on the upcoming Moms Caravan, and sign up on our website (momsmarchusa.com) to receive news from the Moms of America team.