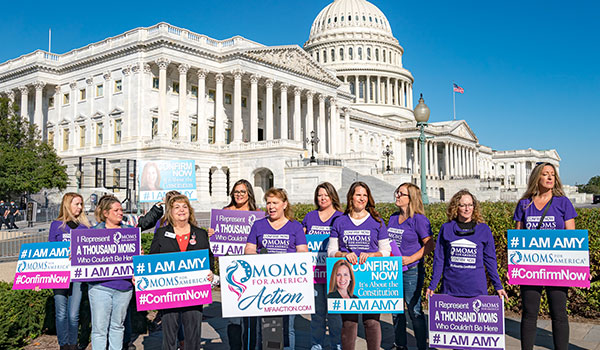 Moms for America®, a national movement calling on mothers to restore values such as motherhood, marriage, womanhood and patriotism, urges moms across America to immediately contact their senators to confirm Amy Coney Barrett to the Supreme Court.

“The sole responsibility of the Supreme Court is to ensure the Constitution is upheld, to interpret whether a law or policy is Constitutional,” says Kimberly Fletcher, mother of eight and founder and president of Moms for America®. “That is why Judge Barrett is an excellent choice for Supreme Court—because, unlike the senators who spent the week interrogating her, she understands and respects that sacred role of a Supreme Court Justice and the document those justices are sworn to uphold.

“Judge Amy Coney Barrett is a woman of impeccable character, immensely qualified to sit on the highest court in the land. I am convinced our divine, inherent rights, protected in the Constitution of the United States are safe and secure with Justices like Amy Coney Barrett serving on the Supreme Court.”

Judge Barrett, as a constitutionalist, would leave legislating to the duly elected representatives in Congress. She has said, “The policy decisions and value judgments of government must be made by the political branches elected by and accountable to the people. The public should not expect courts to do so, and courts should not try.”

Fletcher implores moms to sign MFA’s petition calling for Judge Barrett’s confirmation, saying, “Moms who wish to join us in demonstrating support for the immediate confirmation of Judge Barrett can sign the petition at ConfirmationNow.com.”

The specific senators whom Moms for America® wants citizens to contact are:

Throughout Judge Barrett’s legal career, she has followed the example of her mentor, Justice Antonin Scalia, explaining that, for Scalia, “A judge must apply the law as written, not as the judge wishes it were. Sometimes that approach meant reaching results that he did not like. But as he put it in one of his best-known opinions, that is what it means to say we have a government of laws, not of men.”

MFA’s Fletcher lays out the importance of this confirmation: “Following President Donald Trump’s nomination of Judge Barrett, left-wing pundits have attacked Judge Barrett for everything from her faith to her two children who joined her family through adoption. These baseless attempts to attack Judge Barrett’s character show how desperate the Left is to prevent another appointment to the Supreme Court by President Trump. Instead of justices who rule in accordance with our Constitution, left-wing radicals want political operatives on the court who will invent arguments for the latest progressive social movement,” said Fletcher.

“For this reason, it is imperative that the United States Senate confirm Judge Barrett without delay. Moms can impact this decision by signing MFA’s petition calling for Judge Barrett’s immediate confirmation at ConfirmationNow.com.

“The next appointment to the Supreme Court will affect our lives and our children’s lives for decades. Our senators have the opportunity to confirm a strong justice who will respect the freedoms ensured by our Constitution. We must call on them to act now.”

Join Moms for America® to unite across the country to reclaim the culture for truth, family freedom and the Constitution of the United States that protects Americans’ divine inherent rights as women, as mothers, as people. To help spread awareness of the importance of voting, Moms for America started MomVote this summer. MomVote 2020 is a comprehensive, micro-targeted, strategic grassroots initiative to get out the mom vote.

Moms for America® is a nonprofit 501(c)(3) education corporation dedicated to promoting a foundation of liberty through the mothers of America in their homes, within their communities, and with their vote.

Click here to read the entire article at CharismaNews 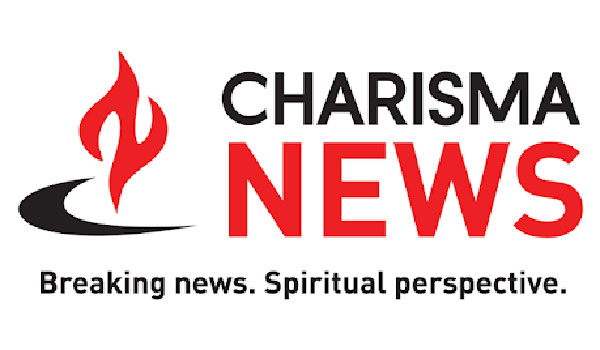