The Disney I Used to Know 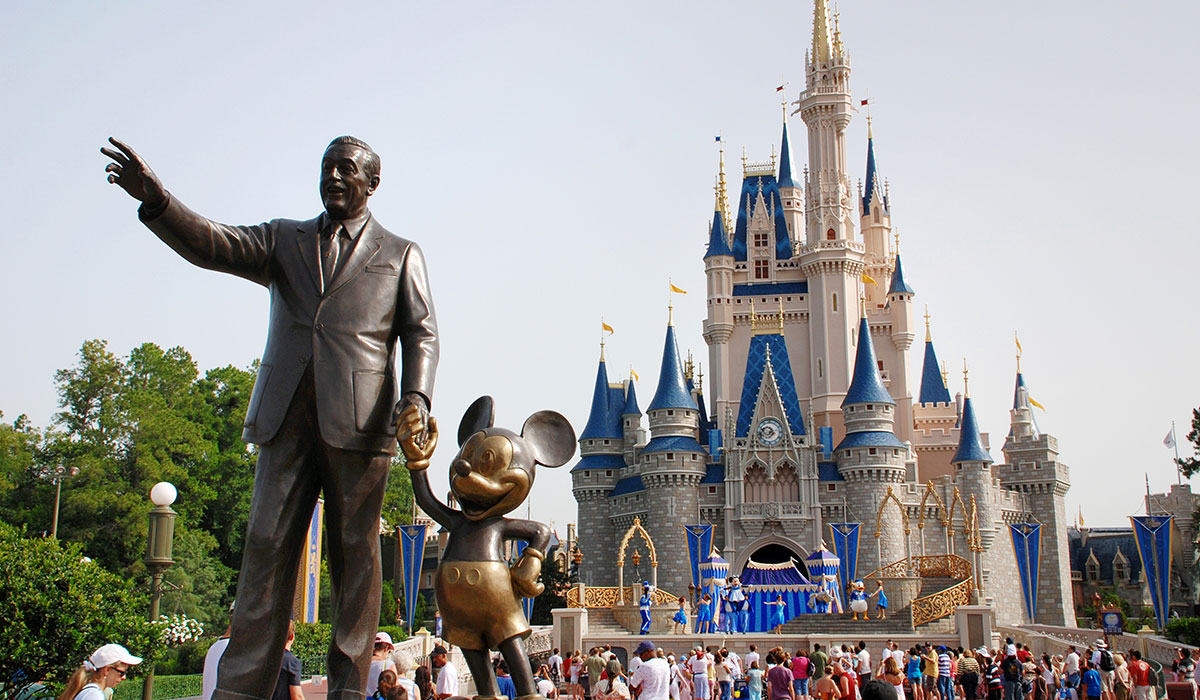 The Disney I Used to Know

Watching the downfall of Walt Disney’s iconic legacy stirs some powerful emotions, and for many of us, a great sense of loss. I understand the frustration and anger parents feel at such a betrayal, but as I look on at the justifiable uprising, all I can feel is profound sadness.

Disney has been an American institution for almost a century old. I grew up wishing upon a star and dreaming one day my prince would come. “Happily ever after” may seem like a fairytale cliché, but for a little girl facing dark days, it was something real to believe in, hope for, and hold on to.

Our family has grown up on Disney for four generations. It was something you could count on to inspire little girls and boys to be the best they could be, reach for the stars and follow their dreams. I will never forget how excited we all were the first time we went to Disneyland for military appreciation day. I was almost 30 at the time but it still stirred that little princess in me. It was a magical day that lit up the eyes of our children and created memories to last a lifetime. But somewhere along the line Disney executives decided family values weren’t cool anymore. While they’ve been slowly purging those trusted values, we’ve grasped at anything good there was left to hold onto. But there is little to hold on to when Disney executives are no longer just purging family values, but aggressively attacking them altogether.

The Disney I used to know put the safety of children above political hypocrisies and radical agendas. It was a place where innovation was a daily discovery and Imaginarium was a real word. It was not just a place or a film. It was a belief, even adults embraced, that dreams really can come true.

Unfortunately, Disney has gone the way of too many corporations who believe “woke” is a badge of honor and think Twitter is the real world. They have been ill-advised, bullied, and intimidated into believing abandoning their core mission and alienating their consumer base is the “cool” thing to do. But there are consequences, and it would be wise for Disney to learn from the sports industry and realize American consumers don’t want agendas shoved down their throats, they just want to enjoy a good game and have fun at a park.

Moms are hungering for anything good, true, and beautiful because there is a serious lack of it in the world today. Everything that used to support us as parents are now going against us. As Stephen Covey states in his best-seller Seven Habits of Highly Effective Families, “In the past, it was easier to raise a family… because society was an ally, a resource. People were surrounded by role models, examples, media reinforcement, and family-friendly laws and support systems that sustained marriage and helped create strong families… Success was much more a matter of ‘going with the flow. But the jet stream has changed – dramatically. And to ‘go with the flow’ today is family-fatal.”

Covey is so right, and the fatalities are stacking up. We’ve seen firsthand how the deceptive “inclusion and diversity” cancer has infiltrated every aspect of our society promoting the very opposite of what the words imply. The “inclusion and diversity” mantra promotes exclusion and creates divisiveness. That is why moms are pushing back. It is why we’re taking time from our busy days and full schedules to write letters, make phone calls and stand outside Disney theme parks with flags and signs. We’re tired of being ignored. We’ve lost too much, and we’re not willing to lose anymore.

I hope that Disney executives listen to all the parents speaking up and realize it is we who guide markets and shape cultures, not “diversity experts” trained in lies and deceit. We are the ones that watch movies, visit theme parks, and buy mouse ears. But if all our letters, phone calls, and rallies fall on deaf ears we, as moms, will create the change we wish to see in the world – beginning in our own homes. As moms, hope is reflected in our vision of the future, and we are creating that future in our homes right now. If we don’t like what we see, we have the power to change it!

Dreams really do come true, and my dream is a future of leaders, dreamers, and patriots, who will stand for truth, respect life, defend the family, and cherish freedom. And one day, our little dreamers will replace the mindless robots and empty suits filling corporate halls and return Disney to the dream it once was and begin imagining again.

Click here to read the entire article at  TownHall