Will Moms Now Be Listed on FBI’s Most Wanted List? 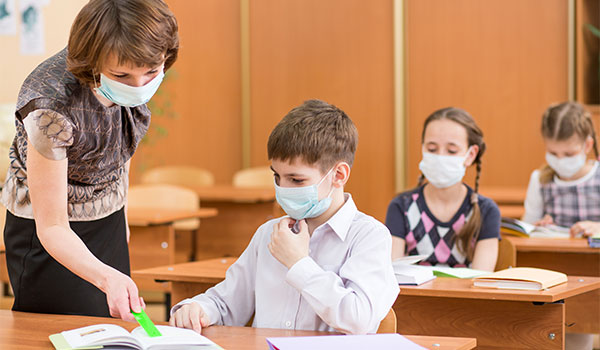 It is hard to believe moms have now become the target of the U.S. government, but in our rapidly declining culture, every day seems to bring a new crazy. As the president of Moms for America we hear from moms all over the country who are angry and frustrated with the unrelenting authoritarian march endangering our children and completely disregarding our fundamental rights as parents.

As more and more moms show up to school board meetings protesting mask mandates, graphic sexual content labeled as curriculum, and critical race theory which teaches our children to hate their country, hate their neighbor and hate themselves, school board representatives have become increasingly uneasy. They expected this “defiance” to be short lived. They assumed we’d show up say our piece and then just go back to our lives acquiescing to the new rules, because historically, that’s what we’ve done.  But they seriously underestimated a mother protecting her young. Moms of all ages, races, ethnicities, and incomes flooded school board meetings in every state.  Instead of going away, we grew in numbers. School board members became increasingly annoyed and agitated by all these parents interfering with their meetings.  Enter: The National School Boards Association (NSBA).

Most people never even knew such an organization existed until September 29th when they sent a letter to President Biden stating “America’s public schools and its education leaders are under an immediate threat,” citing “extremist hate organizations showing up at school board meetings.”

I assume that would include Moms for America and Moms for Liberty since moms from our organizations are showing up in large numbers at school board meetings across America.

Now that we’ve become aware NSBA is a part of the ongoing threat to our parental rights, it is wise and prudent to understand who they are and what they do.

NSBA is in lockstep with teacher unions and operate much like the unions do. They charge exorbitant dues, lobby for union agendas, and they have an organization in each state. They also host events like their upcoming Equity Symposium (to make sure school board members drink the proverbial Kool-Aid) and a national conference where they make sure school board members are properly trained to tow the union line.  Each state organization holds similar events and conferences. The school district pays for them to go, as well as their membership fees to their state’s school boards association.

The whole thing – from teachers unions to superintendents to the state and national school boards associations – is an incestuous web of deceit claiming to do everything “for the children” and doing exactly the opposite.

Kelly Kohls is a mom who served on a school board in Ohio and saw firsthand how NSBA operates.  “It was clear from the beginning,” stated Kohls, “that NSBA was not about supporting school board members but indoctrinating them in the union-driven agenda.”

School board members are taught to be part of the team, present a united front, always vote for more money, and do whatever the superintendent says. As school board meetings have gone viral (thanks to those extremist moms) you’ll notice a series of regurgitated talking points like, ‘this is a meeting held in public, it is not a public meeting,’ in an effort to silence and shut out anyone who doesn’t agree with their radical, irresponsible, and downright looney agendas.

As it turns out, it’s all a money game.

Kimberly Fletcher is the president and founder of Moms for America®, author of “WOMEN: America’s Last Best Hope,” and a radio host. Moms for America is a national, non-profit 501(c)(3) educational corporation rooted in the principles of liberty and virtue upon which our nation was founded, and focused on promoting these principles, values, and virtues in the home and family through the women and mothers of America. Kimberly is the wife of a retired Air Force Officer and mother of 8 children, who has made it her personal mission to educate and inspire the women of America to realize their immeasurable worth and powerful influence on society simply by being who they are.