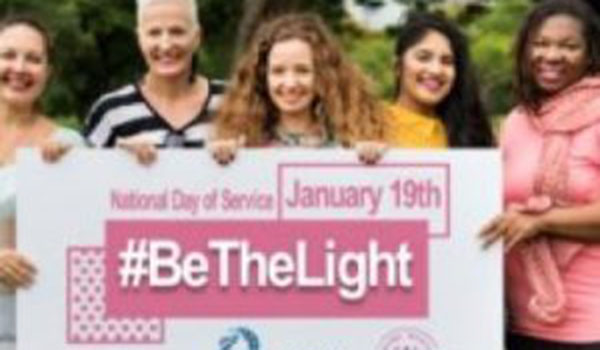 OMAHA-The Women’s March–shrouded in a cloud of controversy for its promotion of hate, exclusion of certain groups of women, and refusal by its leaders to denounce their connection to anti-Semitic leaders–attracted less than one-fifth of the participants it did two years ago, forcing a last-minute venue change to a smaller location. The far-left’s strident anti-family movement is divided and imploding — as it deserves.

While this radical March crumbles from within, women from across the country chose to celebrate women’s achievements and potential in an entirely different way, through a national Day of Service.

With activities ranging from feeding and ministering to the homeless, to volunteering with a pregnancy resource center, to caring for the elderly struggling with the extreme temperatures… these women chose to put others over self…. serving in their communities, their neighborhood schools, their churches and synagogues, and everywhere they were needed.

“Real change happens when we work to be the solution — not hatefully shout at one another about the problem,” MFA Vice President Amy Clark wrote in a column for TownHall. “Women across the country have a distinct choice. Accept your marching orders from those who march for the rights of ANYONE but those who hold a different point of view. Or, join women — of all politics, colors, backgrounds — women actually seeking to make a positive difference in the lives of women and families everywhere by giving of themselves.”

Women’s voices — all of them — matter now more than ever. Though the mainstream media didn’t cover these small acts of kindness, just as they seldom fairly cover other conservative events such as the March for Life, the women of this country who serve others day in and day out deserve to be heard and celebrated!

While the far left Women’s March blames, attacks, distorts and degrades our country, Moms for America choose to uplift and to serve and build stronger families. As Dr. Martin Luther King said: “I have decided to stick with love. Hate is too great a burden to bear.” Moms for America also decides to stick with love — for our moms, sisters and daughters, for our fathers, husbands and sons, and for our country.